Prof. Dr Alp Ustundag is the founder and the CEO of AR Produkt. He graduated from Industrial Engineering Department of Istanbul Technical University (ITU) in 2000. He got his MBA degree from Bogazici University in 2002 and his doctoral degree from ITU in 2008. He worked in IT and the finance industry from 2000 to 2004. He played a pioneer role in İTÜ Industrial Engineering Department as the head of Big Data Analytics programme. He has established the company in 2016 to conduct advanced analytics projects with his deep and extensive know-how on the topic and IoT technology know-how. He has led many projects relating to the data analytics and soft computing. In 2017, he decided to convert the algoritms to a framework and included augmented reality technology to the product. AR Produkt had been launched as a full fledged end to end AR & AI platform in 2018 and been on the market since then, contributing to its customers with user-friendly and sophisticated solution. 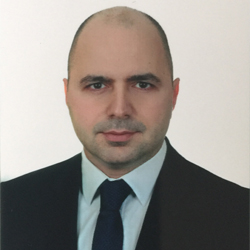 Copyright AR Produkt 2020 - All Rights Reserved
Back To Top
×